Where do I get ideas for articles? 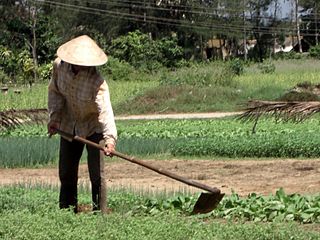 I have ideas on thousands of topics in some state of development, but often a Facebook post on a particular topic spurs on development on that topic especially if I did some more research to phrase or confirm statements for my responses and may have found something I had not noticed before or did not exist last time I looks.

Another source, especially of late, has been youtube videos, particularly Tod's Workshop, scholagladitoria, and Modern History TV: Knight, and Townsends. These cover topics from ancient to colonial period, but a lot of the technology and discussions have bearings or origins in medieval technology and thus can be very pertinent to articles for medieval fantasy RPGs.

A third, and actually the primary, source for ideas for articles is from work I did on the HackMaster 4th Edition RPG. There were things they had me work on that I was never satisfied with my work as I did not have enough time (Fumble chart), items that slowed down play (Critical hit charts), rules that created a situation where the gaming experience divorced from reality (polearms & initiative), and finally errors I made. See, in regards to that last item, I was the one who created the HM4e damages for weapons in Kenzer & Company's Goods & Gear. Since I automated the expansion based on the values given, and followed the basic guidelines of "flatter/crushing weapons do more vs tiny opponents", etc, a few items became notorious for damages that were out of whack, particularly the Frying Pan. Well, this post was inspired by my looking through Goods & Gear for certain polearms and running across the Hoe, a simple agricultural tool.

D'oh! Another item with ridiculous damage compared to dedicated weapons. So now I am gathering up all the makeshift weapons I can find and then retuning them for an article on halfling militia weapons, including arming the halfling cooks with frying pans and the rank & file with hoes and/or slings!

It happens.
-D.M.Zwerg, creator of errors